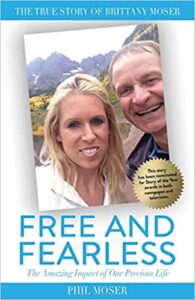 Brittany Moser was a spirited, happy-go-lucky young woman who lived life to the fullest and made it her mission to enrich the lives of everyone she encountered. A flight attendant, Brittany was suddenly grounded by a rare and incurable disease. She decided to embark upon the adventure of a lifetime, and asked her best friend — her father — to accompany her. Their unforgettable journey would eventually result in Free and Fearless: The Amazing Impact of One Precious Life, an award-nominated story that underscores the resiliency of the human spirit, puts everyday problems into their proper perspective and proves that love truly does conquer all.

“This book is not about the grief of losing a child, but about making the most out of what we are given and living our lives positively and not out of fear,” writes author (and Brittany’s father) Philip Moser. “Brittany inspired me, an ordinary farm boy, to explore life, to climb mountains and to write a book.”

In 2015, Brittany was diagnosed with Addison’s disease, a rare condition that can lead to adrenal failure. She passed away in 2017.

Free and Fearless is the honest, poignant account of Brittany’s legacy and the ripple effect that her outlook on life had on those around her. Among Brittany’s valuable life lessons that Philip shares with readers are:

1. How precious life is and how we can affect the people around us;
2. How an open mind and a positive attitude can inspire us to do things we never thought possible;
3. How to move out of our comfort zones and into a challenging existence that can turn each day into an exciting gift to be explored;
4. How to not let fear control us, and to use our abilities to seek unique, positive and in-spiring adventures;
5. To embrace change as a natural part of life;
6. And finally, that we won’t be remembered by our things or our savings accounts, but by how we made other people feel.

“I want to share the same inspiration that I received for 32 years,” Philip added. “In the end, love truly does conquer all, and Brittany wanted us to know that.”

Author Philip Moser grew up on a farm in Angola, Indiana. After high school, he began working in different aspects of the grocery business, a career that continues to this day. He and his wife, Marilyn Wells, raised two incredible daughters, Camille and Brittany.

For more information, please visit www.freeandfearlessbook.com or connect with the author on social media at https://www.facebook.com/philip.moser.73?ref=bookmarks. A portion from the sale of each book will be donated to the National Adrenal Disease Foundation. 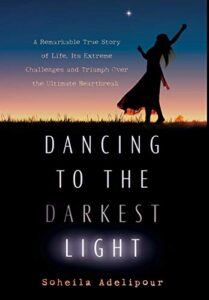 In 1979, life changed dramatically for Soheila Adelipour and her family. Fleeing chaos and persecution in Iran following the Islamic revolution and landing in New York, this family found stability there and worked hard to achieve education, jobs, spouses and children. But life had yet to take its cruelest toll.

Chronicling their experiences in Dancing to the Darkest Light, Adelipour recounts how her only brother became a neurosurgeon while others followed different paths. But their successful relocation and the joy they felt over each triumph was soon shattered when the Adelipour’s second son, Stefan, was killed in a dorm room fire before his scheduled graduation from Boston University.

Adelipour channeled her grief into the foundation she established in his name. Soon after, her older sister had to undergo five brain surgeries that left her blind and deaf before ultimately claiming her life. The same week, their only brother who was supervising her care was diagnosed with leukemia. Adelipour gave him her bone marrow and 60 percent of her liver when his liver stopped functioning. Doctors ultimately announced he was cancer-free with a perfectly functioning liver, but the week he was to come home, he died from pneumonia.

How one perseveres under the weight of all this loss is at the core of Dancing to the Darkest Light. “When life plays different music, we have to be fluid and dance to the new tune,” Adelipour said.

Adelipour received her bachelor’s degree in business and her master’s degree in Art Gallery Management while her first two children were in diapers. She was involved with the World of Arts and Antiques in New York City and followed that by operating high-end gift stores. 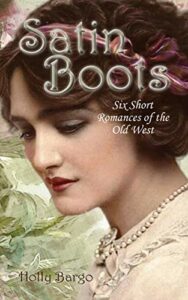 Journal Empowers Caregivers To Reflect On Their Own Needs 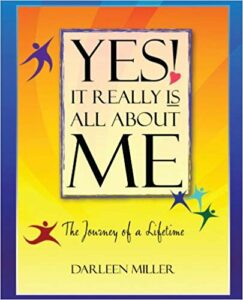 Journal Empowers Caregivers To Reflect On Their Own Needs

Rosalyn Carter said it best: “There are only four kinds of people in the world — those who have been caregivers, those who are currently caregivers,
those who will be caregivers, and those who will need caregivers.” Yes, It Really Is All About Me is an enlightening book from Darleen Miller that seeks to empower selfless caregivers to create their own personal to-do list that nurtures the mind, body and spirit.

“Whether we are parents, grandparents, teachers or medical professionals, we all belong to a community of caregivers, and we often neglect our own needs,” Miller explains. “As we explore your personal Journey of a Lifetime, this inspirational journal will help define and support your relationship with self.”

Yes, It Really Is All About Me features a journal format that guides readers through a step-by-step journey of self-realization and self-nurturing, beginning with the question, ‘Who am I?’ The book is divided into four categories: Physical, Intellectual, Emotional and Spiritual, with written exercises, insights from the author and positive statements of empowerment.

Designed for the caregiver who loves others and wants to serve their world, Yes! It Really Is All About Me aims to impact the lives of caregivers by raising their conscious awareness of their own needs and leading them down a nurturing path where they feel loved and appreciated in their service.

At an early age, author Darleen Miller began her own personal journey as a lifelong teacher and caregiver to her parents, grandparents and her three children. During her 47-year marriage, Miller supported her husband’s military career and became his primary caregiver as he battled cancer for the last 12 years of his life. He passed away at their home with hospice care in July 2010. This experiential workbook is a reflection of Miller’s holistic self-exploration in caregiving experiences. Her passion for teaching, writing and healing unite as tools to help fellow caregivers embrace a new conscious awareness of life. Miller offers numerous classes that focus on mind, body and spiritual development with self-empowerment. 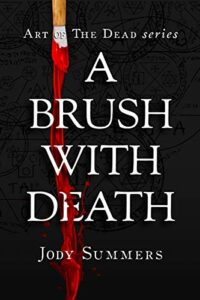 Start with one artist experimenting with her craft, add one dead serial killer and a pinch of the supernatural and you’ve cooked up one tense thriller. In A Brush With Death, the first of a series, Jody Summers masterfully blends the supernatural and the romantic to achieve a highly satisfying read.

New Orleans painter Kira McGovern hits on something when she mixes her mother’s ashes into her oil paints and enters an altered state. She begins channeling some key moments in her mother’s life, creating a stunning work of art as a memorial and drawing in customers who want a painting done using the same method. Pleased with her success, she launches Canvas of Life and commissions start rolling in. And when it couldn’t get any better, she meets Sean; a handsome mid-western rancher, who harbors a gruesome secret of which he is unaware.

But with each brushstroke on her latest commission, Kira’s reality is becoming more and more bizarre. She awakens from dreams that are soaked in blood and filled with gruesome images of murders. And the feeling of a lurking malevolence grows ever stronger.

Unconventional is the word to describe the life author Jody Summers led before turning to writing. The adopted son of a prominent Texas restaurateur, Summers grew up in New Orleans, Memphis and Houston, learning the restaurant business while he built a career as a competitive gymnast that propelled him to a scholarship at the University of Kansas. After college, Summers followed in his father’s footsteps, owning, at one point, three 24-hour restaurant franchises along with four tanning salons in Tulsa. He has used his entrepreneurial skills for everything from a patent in the pet industry to a single’s website. A restaurateur, a gymnast, a stunt man, an entrepreneur, a pilot, skydiver, scuba diver and an accomplished martial artist for 25 years, Summers has tried it all. Now he brings all those experiences to paper in his supernatural thriller series, Art of the Dead.

To learn more about Summers and A Brush With Death, please visit the following:
www.jodysummersbooks.com.