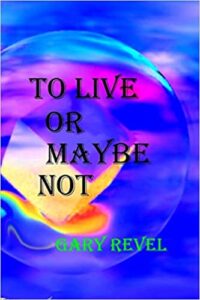 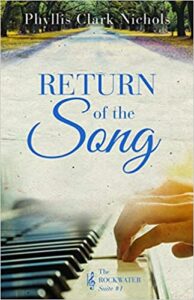 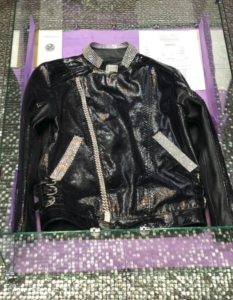 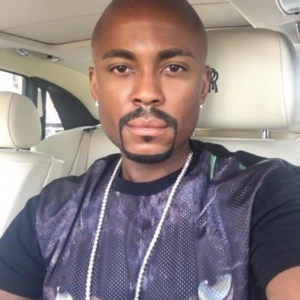 “The world’s most expensive jacket is here! Valued at ten million dollars, it was first revealed in a private unveiling in Beverly Hills, CA, on February 18, 2019,” says designer Farrah Gray. The unveiling took place at Peter Marco’s world-renowned, extraordinary jewelry store on the world-famous, ultra-posh Rodeo Drive. It’s stunning, to say the least!

The jacket is available at Peter Marco’s Extraordinary Jewels, 252 North Rodeo Drive in Beverly Hills, CA. This diamond bejeweled jacket was designed and created with award-winning fashion designer Farrah Gray, and this beautiful jacket is a piece of art, bedazzling over 460 carats of flawless diamonds. It is a piece that will never be reproduced!

The world’s most beautiful trendsetters and tastemakers who can appreciate it, nicknamed it “The One.” It is constructed of 100% black python leather, featuring a posh, silk interior lining. This beautiful and handsome jacket is handmade using the finest of quality materials and fabric. “Sewn together with 99% GIA certified diamonds by Peter Marco, it is truly a one-of-a-kind art installation and jacket for the fashion extraordinaire with ten million dollars to spare!” says Gray.

“The jacket can be worn by the opulent man or woman who yearns for quality, taste and extravagant, stunning works of art when rubbing shoulders with their elite colleagues. It sets a new world record and a new standard of high couture fashion and wearable art.”

Viewings are by appointment only. A percentage of the proceeds will go to several charitable organizations chosen by the purchaser. It is available now, exclusively at Peter Marco Beverly Hills. “And it is the first of its kind in any line of diamond bejeweled jackets in the world,” adds Gray.

For more information, visit or follow Farrah Gray and Peter Marco on Instagram at www.Instagram.com/petermarco90210 and www.instagram.com/farrahgray_ .

Interviews are available upon request with Farrah Gray and Peter Marco who will be accompanied by the ten million dollar bejeweled jacket.

Murder Or Suicide — You Be The Judge!

Murder Or Suicide — You Be The Judge!

Denver, CO. Vincent van Gogh’s death in July 1890 has always been believed to have been a self-inflicted gunshot wound into his belly. This 19th-century suicide theory has come under recent scrutiny when TIME magazine, on their October 31, 2011, cover, asked the question, “Who Killed van Gogh?” and then followed up with their culture cover, “Was van Gogh’s Death Really a Suicide?”

I. Kaufman Arenberg, MD, a prominent (retired) ear surgeon, has been publishing on van Gogh ever since he wrote a cover-featured “Special Communication” article in the Journal of the American Medical Association (JAMA). This report, whose publication coincided with the 100th anniversary of Vincent’s death in July 1990, corrected the old misdiagnosis for Vin-cent’s noteworthy “attacks”—attributing them to an inner-ear disease (Meniere’s disease) and not to epilepsy. He never believed at that time that van Gogh committed suicide.

Now, from that same doctor, comes another stunner: His analysis and new, 21st-century fo-rensic evidence strongly suggests the artist was a victim of murder.

In his new book, Killing Vincent: The Man, the Myth and the Murder, Arenberg invites readers to examine the evidence he’s unearthed since the JAMA article was published, while calling for a more thorough look into this cold case using 21st-century forensic simulations and reenactments with the same antique revolver that might have been used in the murder, vin-tage black powder bullets and FBI ballistic gel.

Arenberg has continued his groundbreaking research to this day and, in his book, he shares the evidence he’s unearthed since his revelations in 1990. Arenberg says his research strongly suggests that the artist may have been murdered and that an elaborate scheme was concocted to make it appear that he committed suicide.

Did van Gogh take his own life in a fit of madness? Or did something much more sinister happen to one of the world’s greatest visionaries?

“Everyone is fascinated and intrigued by the iconic Vincent,” said Arenberg. “But when you substitute premeditated murder and an elaborate cover-up, then add to that an intriguing ro-mantic twist that could provide a motive for his murder—you will really have everyone’s atten-tion!”

Killing Vincent also features interactive elements, including social media platforms as well as a website, allowing readers to interact on a dedicated forum and discuss various theories about van Gogh’s life and death.
Arenberg, a noted author of medical works, now takes his first stab at nonfiction. He has served on the boards of several peer-reviewed journals and was made the youthful Associate Editor of the AMA Archives of Otolaryngology in 1968. He has edited six books, published 100 articles in peer-reviewed journals, and published or presented more than 500 abstracts, papers or book chapters on ear diseases, hearing, balance and tinnitus, and specifically Meniere’s disease. He has lectured extensively in many countries and was a visiting professor at many distinguished medical schools and teaching hospitals. He founded and ran three nonprofit organizations and has been awarded three international gold medal honor awards.
To learn more, check out the intriguing and in-depth website, www.killingvincent.com. This website also features an ongoing, interactive forum and other interactive elements, including social media platforms that allow readers to interact and discuss various theories about van Gogh’s life and death with the author. Note: You can immediately view the TOC, Foreword, Preface and Chapter One on the website.